Your Ultimate Guide to Billboard Advertising and Its Costs

While the majority of today’s advertising conversations revolve around smartphones and the exclusive use of digital technology, that vision misses one large piece of the profit puzzle: billboard advertising.

What is billboard advertising?

Generally, it’s using large-scale print advertisements to market a business, brand, product, service, or campaign in high traffic areas along highways, in and around cities, and beyond. These ads can be seen by the largest number of drivers and pedestrians in any given area, when compared to other out-of-home (OOH) advertising methods.

Does this seem like an outdated marketing concept? It shouldn’t. Billboard advertising has always been an effective tool for targeting broad audiences, especially when utilized correctly to drive revenue and increase brand awareness. There is a reason for that.

According to research, billboards have the highest reach amongst OOH advertising types in the U.S. – about 80% of American consumers surveyed remembered noticing a billboard ad in 2019. From a total of 342,603 billboards in 2019, this number grew to more than 343,000 in 2020. The number will probably only grow from there, adding digital billboards to the mix, as well.

When done well, billboard advertising can be incredibly effective, profitable, and impactful.

Why is billboard advertising so effective?

1. Advertisers have a captive audience in drivers and commuters.

Driving provides an ideal opportunity for capturing the undivided, momentary interest of those who are all too often otherwise distracted by external stimuli. Unlike other times, drivers are hyper focused on the act of driving, so their eyes are much more likely to line up with the perfectly crafted storyline on your brand’s billboard.

Drivers can’t really do much to avoid billboard sightlines as they drive. These signs are engineered to be visible at all angles. With no way to turn them off, drivers are exposed to the advertised brands, products, and services on a regular basis. While you’re able to block pop-ups online, skip commercials on television and the computer, you cannot press skip on a billboard.

Why does billboard advertising work? Because consumers care about the content within those ads. Those passing a billboard repeatedly (or even daily) are far more likely to connect a brand with its intended message.

According to Business.com, 71% of the population ages 18 and older noticed the advertising message on a billboard. While more than 2/3 of Americans make their shopping decisions while in the car, more than 1/3 make the decision to stop at the store while on their way home.

With these statistics, it’s clear to see that when done right, billboards can really improve your revenue.

Billboard advertising is truly effective when proper market research is done. When companies consider the content of billboard campaigns, they should compare it to the target demographic in each proposed ad location. Finding a way to connect content to the audience is important.

When companies use creative concepts, design, and copy, they can execute tremendously effective ad campaigns with both print and digital billboards.

When something is creative, it’s more memorable. When consumers remember their brand, they are far more likely to shop with that brand.

If businesses are incredibly lucky, then their billboard becomes shareable – and hopefully viral. This is the goal: free advertising and branding fame! With fame come conversions and profit.

Explore some clever examples of captivating billboards in the sections below.

Most OOH advertising can be converted to digital in order to maximize a brand’s advertising power and control over campaigns. With digital billboards, it’s easy to make changes strategically to your budget and ad schedule in real-time. Ad not performing well? Update or swap the campaign.

Plus, because they function similarly to display ads, digital billboards create a cohesive branding across multiple channels, increasing brand awareness and building your social media and online presence simultaneously.

Digital billboards can be even more powerful and eye-catching than their print counterparts. Easily build in video, carousels, or slideshows of engaging product images. Vibrant colors and sharp features will draw the attention of drivers.

Nearly 3/4 of consumers responding to a Neilsen survey said digital billboards “stand out” more than online ads, and 46% said they stand out more than television commercials. The study showed that brand recall is high among travelers who notice digital billboards. Nielsen tested six different campaigns in five major US markets and found that travelers remembered seeing at least one specific digital billboard ad from 74% to 89% of the time.

How much does it cost to advertise on a billboard?

The cost of billboard advertising can range widely depending on a number of factors including the rental fee. This is based on the location of the billboard, depending on the total traffic in the area and how many people – drivers, pedestrians, commuters, etc – that you estimate will see the advertisement. These rates are usually charged monthly and can cost anywhere from $250 on a rural highway to more than $22K for a billboard ad in Times Square.

If you’re running a printed billboard ad, other costs will add up from there. Will you require a designer or design team to craft powerful art to capture the attention of passersby? Outsourcing designs can range from $150 to $1000 or more, depending on the design complexity and the skill level of the designer. Printing and construction costs can be $500 or more, depending on the size and location of the ad.

While it might seem pricey on the front end, the marketing spend for billboard advertising is almost always worth the ROI.

How to Measure Effectiveness of Billboard Advertising

There are several factors to use in determining the effectiveness of billboard advertising.

Done well, billboard advertising can be very profitable. Billboards fall within the OOH category, reaching consumers when they’re outside their homes. Each OOH advertising opportunity is given an OOH rating which determines the value and cost to advertisers.

The Geopath brand developed a ratings system that uses a complex research program to provide OOH advertising metrics when comparing billboards, for example, alongside other media. It uses state-of-the-art audience location measurement, insights, and market research innovation to compare circulation to actual impressions, leveraging anonymous mobile location data and audience insights to reveal the unique characteristics of every OOH location they measure.

Before one can measure the effectiveness of a billboard’s function, the design itself must speak volumes.

Any good advertising invites viewers to go on a journey with the brand, for even a brief moment.

However, as drivers only have a few seconds to process your narrative, it should follow the 8-second rule, weaving a quick tale that can unfold within 8 seconds. Sometimes, an image alone can tell a story. Think of the timelessness, branding, and easy recognition of the McDonald’s golden arches. Sometimes, design or branding is enough. At other times, an ad’s copy will serve as the true selling point.

Be bold and direct. Less is more.

Consider that most viewers will only be half paying attention, getting a brief glimpse at your advertisement. Keeping it simple ensures that anyone speeding by can quickly and easily understand the message you’re trying to convey.

When it comes to colors, using bold contrasting colors and fonts that are easy to read. But don’t get carried away with too many bright attention grabbers. Too much color and distracting concepts can confuse and distract viewers, getting in the way of that conversion.

Use the surrounding area to provide fun context.

Good billboards keep in mind where they are physically situated. Local context, humor, and city and neighborhood pride are all excellent ways to weave brand identity into the surrounding community in a way that shows awareness. Adding context to your content makes your advertising more memorable and ultimately, more relevant.

Often, advertising agencies will involve the trees, skyline, and cars around them as part of their storyline. If they are lucky, these creative ventures will make their billboards – and businesses – go viral.

Ultimately, what is going to make consumers choose your brand over others? Find a way to make your billboard ad memorable and creative. Stand out from the others with a good storyline and creative call-to-action that leaves people thinking.

Will the ad be memorable because it’s funny? Anger-inducing? Empathy-seeking?

Billboards do not often work in a vacuum. These and other OOH advertising methods are most effective when they work paired with your other marketing and advertising channels. This way, they deliver a cohesive message across all mediums to increase customer touchpoints and brand validation. Consider your other marketing content and create a consistent brand identity that leaves consumers wanting more.

The following billboard advertising examples found ways to creatively use graphics, text, location, and other relevant factors to drive their points home.

Another is this clever Bic ad, highlighting the power behind their razor’s trimming ability with this visual of freshly mowed grass.

Ultimately, billboards are an incredible way to improve brand exposure, create household familiarity with businesses, and increase ROI on marketing spend. Print and digital billboard advertising provides a consistent way for advertisers, brands, and agencies to connect a diverse audience of drivers and commuters to engaging, relevant content that sells.

With ALFI, advertisers can easily snag prime ad spots from prime publishers, including a range of powerful, effective DOOH tools and channels. Create campaigns that are shown to thousands of people every day in cabs, Ubers, hotels, restaurants, and much more. Want to know more? Drop us a line and our team will get in touch with you!

Subscribe to our newsletter and never miss a story from Alfi. 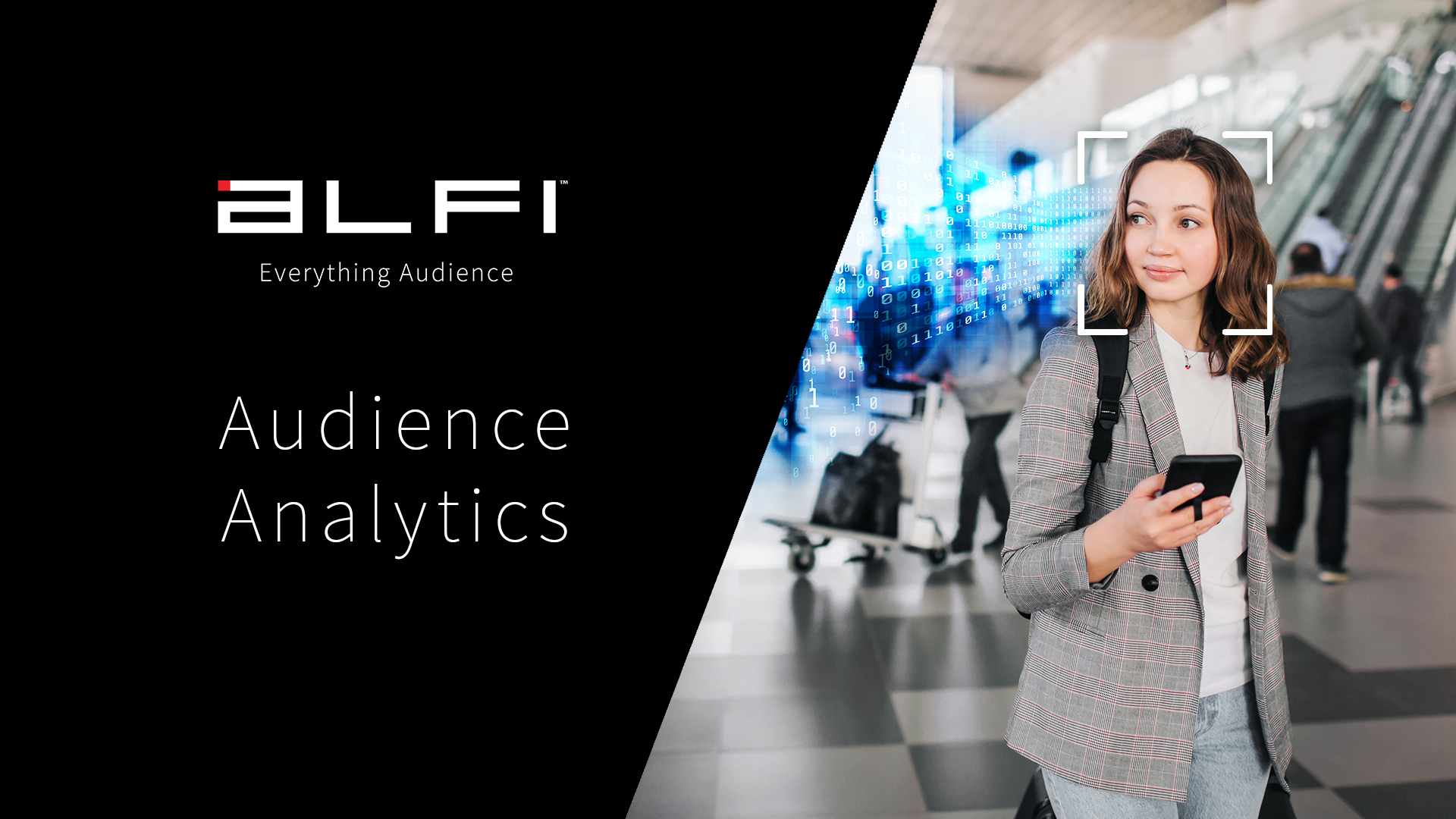 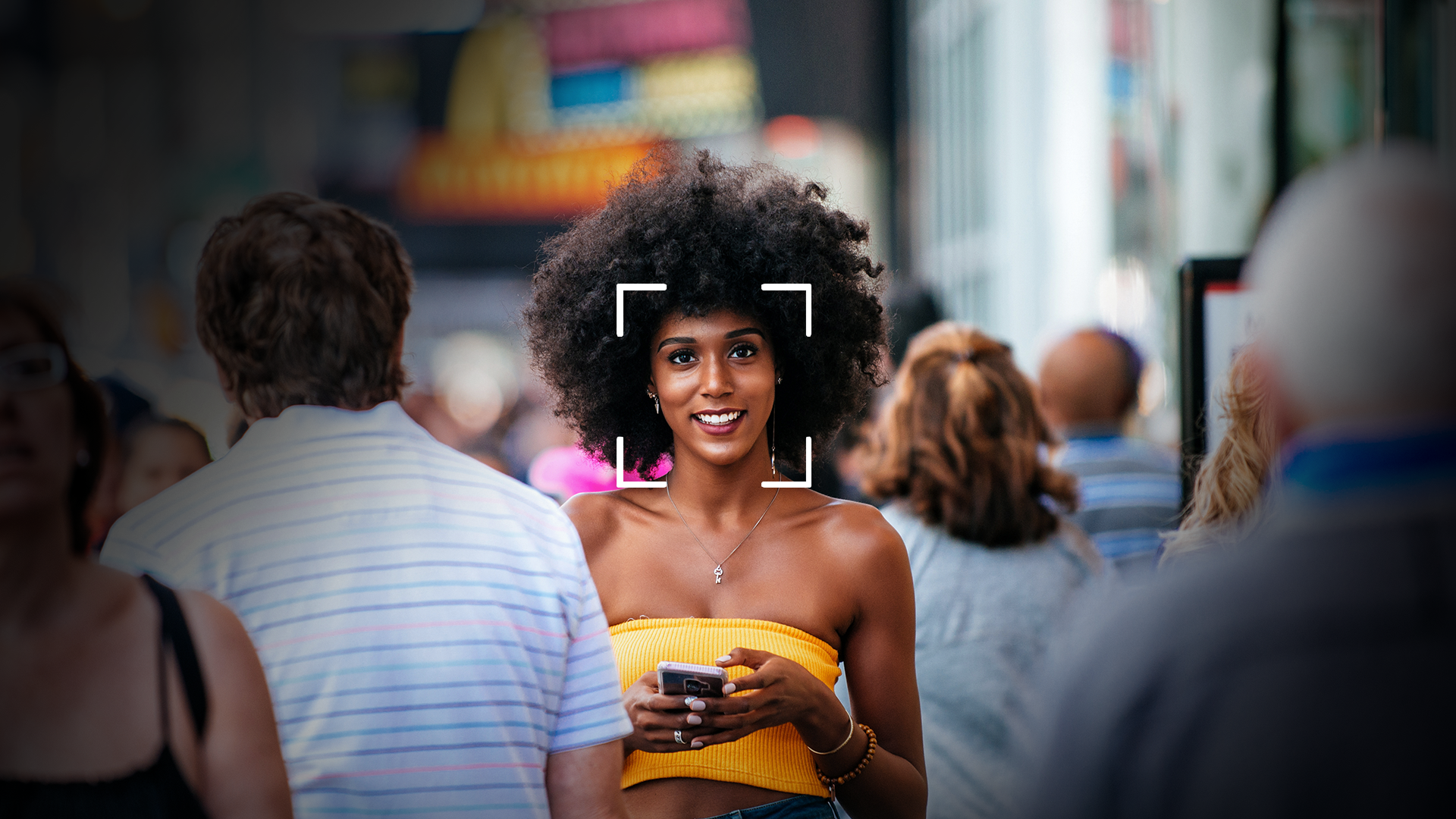 Alfi’s new tagline – Everything Audience – sets a clear vision for the future of Digital Out-Of-Home Advertising (DOOH): To bring the next generation of 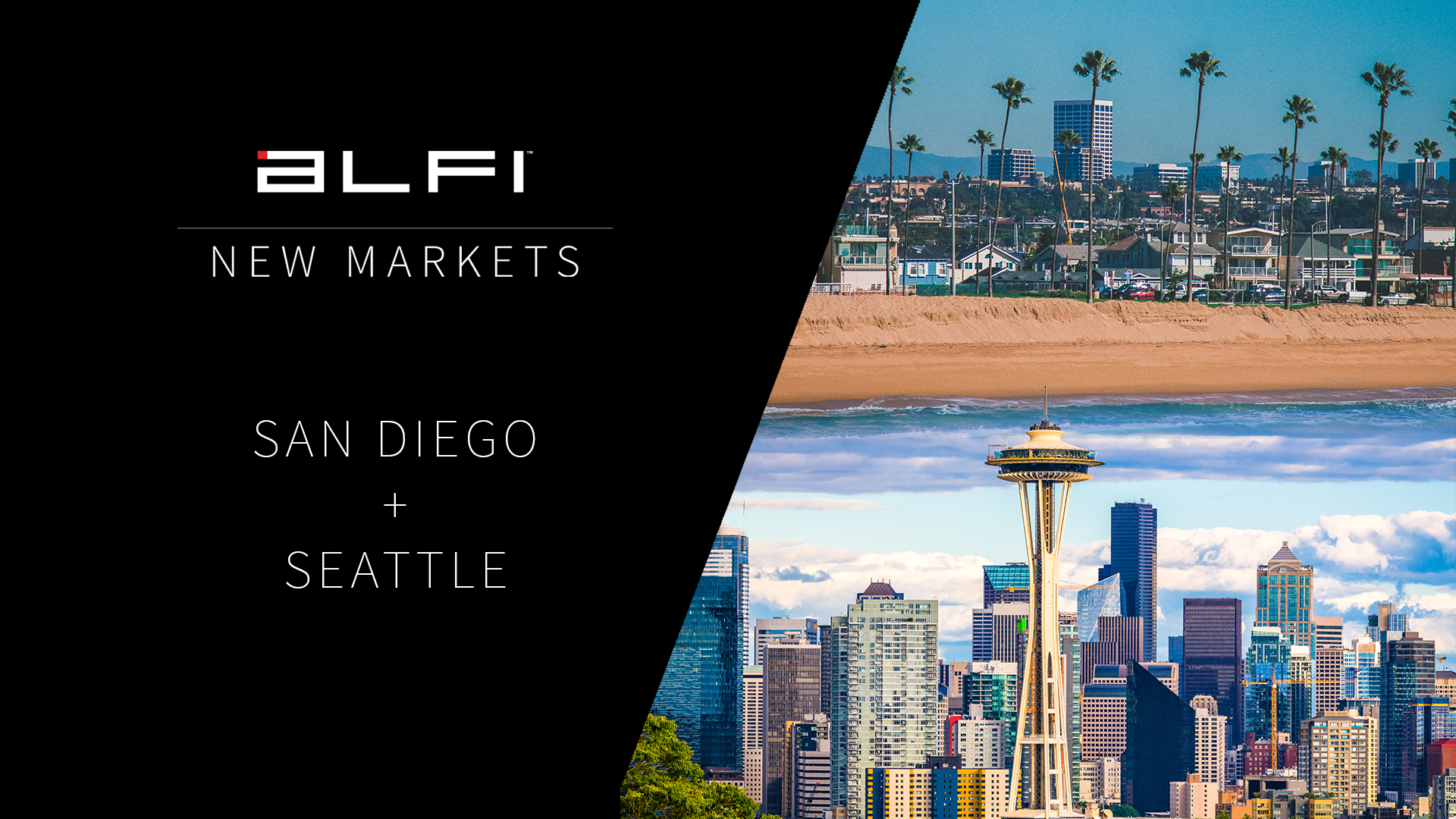 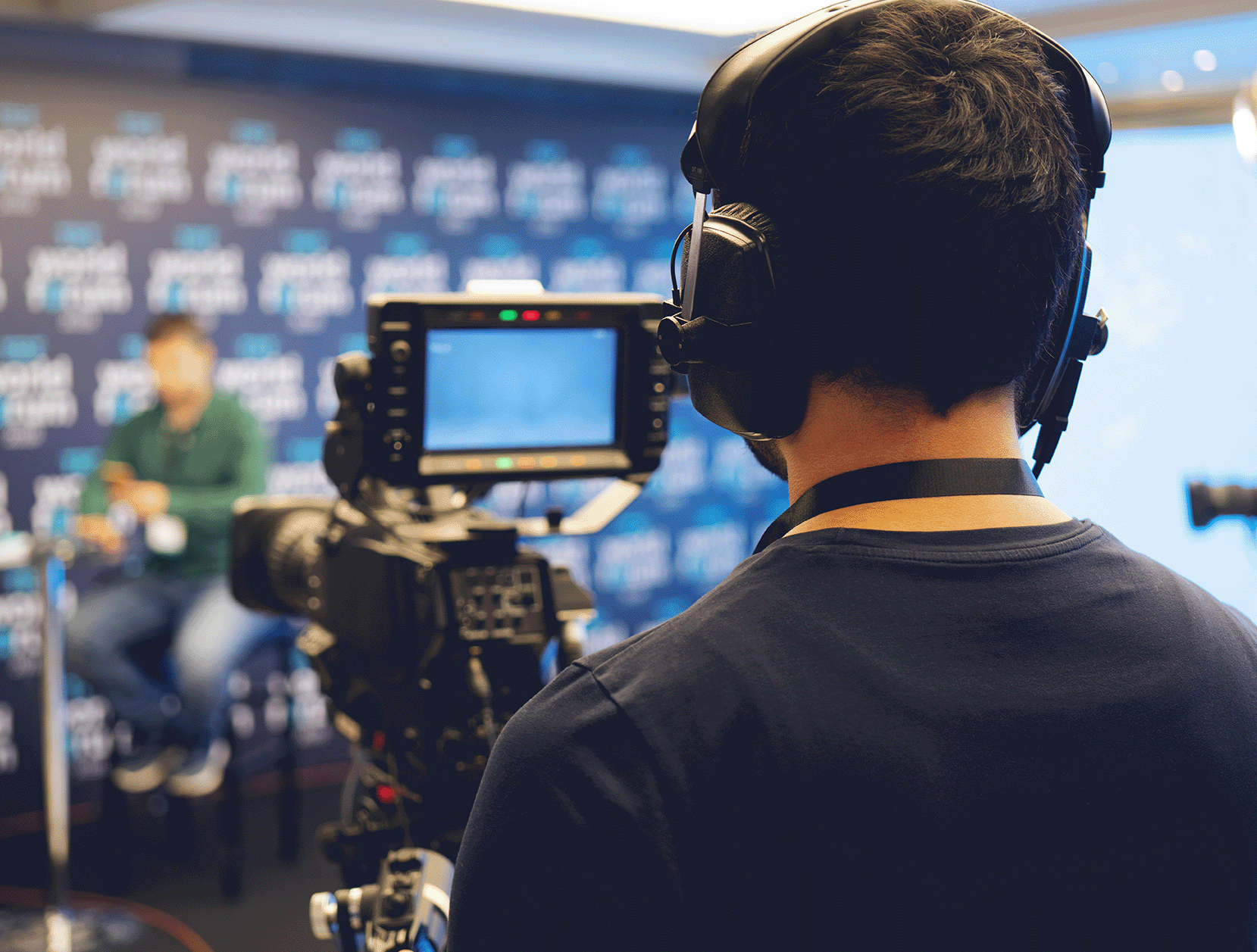 The advertising industry’s adoption of digital technologies has ushered in strategies experts believe will become table stakes for connecting with consumers and increasing revenue. In